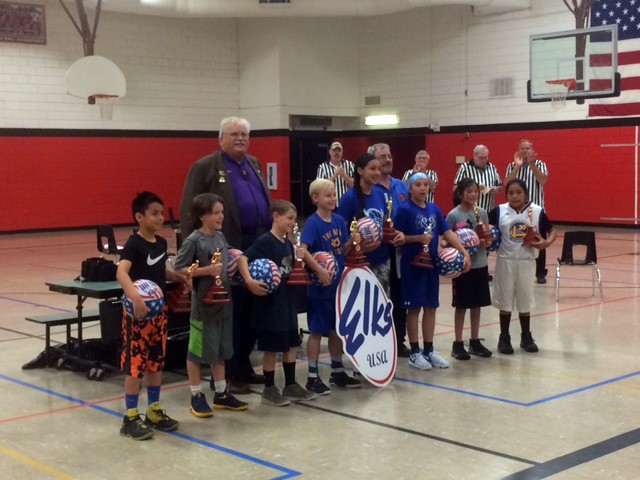 It’s Time: An Ode To My Oldest Son. A Sequel

That’s a place people know about winning and losing.  As they drive through it on their way to Las Vegas, or coming back.  Or prevailing over an addiction. There are a lot of drug rehabilitation places in Wickenburg.  Or competing in a rodeo.  The town still holds onto its western, Arizona roots, thank goodness.

But in the case of my oldest son, Logan Rose, all of ten years old, it was a basketball free throw shooting contest.  The oldest one in the country.  The regional round.

If I am being perfectly honest my expectations weren’t high.  I believe in Logan, profoundly.  That wasn’t it.

“It,” was having finished second in the state last year in the eight and nine year old division, he had to move up to compete against ten and eleven year olds.  And he now had to shoot, as college and NBA players do, from fifteen feet away not eleven.

So I was very proud of him when he defeated a group of kids, all much bigger.

It was now on to the State Championships again, a month later in Apache Junction.  Four boys would shoot for the right to go to Vegas and compete against the winners of other states.

I write for a living.  Sometimes I write thousands of words a day.  Perhaps I’ve written tens of millions of words on behalf of clients and causes in my twenty-five years in the public relations business.

But the two best things I have ever written in my life were a eulogy to my Grandpa Rose, someone who significantly impacted my life, and what I wrote about Logan last year when he came up short at the state finals.

I thought he was going to win it all in 2016.  He was a machine from the shorter distance.  But in coming up short he taught himself a lesson in resilience, and reminded his Dad that children aren’t just fun because you get to live youthful days again, but they can teach you meaningful things too.

He slumped in his chair that 11th day of February in Apache Junction.  It wasn’t his day.  Despite starting well he finished third out of four competitors.  He knows he should have finished at least second  He also knows he was the youngest competitor.  It’s lonely on days like those.  Shooters are out there all by themselves, in front of hundreds of people, in total silence.  There’s no place to hide and few places to wear emotion but right on your sleeve, for all to see.

When it was all over Logan walked off the court towards me, dejected.  There aren’t a lot of options in moments like that.  But a big hug and telling him how proud I was of him seemed to help.

Even though my expectations were low, as they had been in Wickenburg, I must confess to being disappointed too.  In warm-ups no one seemed that much better than he.  But it was not meant to be.

Yet, as I had the year before, I realized something from the loss.  In business I typically talk about our company’s need to focus on the destination for clients, not the journey.  That is, don’t get caught up so much on process.  Find a way to win and achieve the objective.

But in the case of Logan the journey was the great reward, at least it was for me.

When Logan was born some family friends stopped by shortly after his birth.  In congratulating us on our first born they dispensed some advice on the way out the door.  Remember, they said, all they want is your time. ALL THEY WANT IS YOUR TIME.  It could have been just another comment in a flurry of the blur after your child’s birth.  But I always remembered it.

I am very competitive.  I want to win in everything I do.  And that goes for coaching aspiring free throw competitors too.

Logan and I practiced a lot.  Sometimes for minutes when time was short.  Or hours when time permitted.  Sometimes he’d get mad at me and sometimes me at him.  Other times we’d smile about goals accomplished or a new way of shooting.   And there were those particularly special moments when I could see a young man gaining confidence that would serve him well far beyond the hardcourt.

When you think about it how much time, real quality time, do you get to impact, influence and just enjoy your kids?  For most people like me, for the greatest thing you’ll ever produce in your life, not enough.

You try, constantly.  And hope you do a good enough job to prepare them for all the shots, assists and rebounds life sends their way.

That’s why I hope Logan and his brother will always keep at it, aiming high, to put the ball in the basket.

As for me, should I consider this lesson Logan taught me, that a journey truly can be better than the destination?  Perhaps it’s time, because it was.