Judges Show Many Rounds Being Won In 2016

Several years back we were called “Arizona’s PR Heavyweight” by a local business magazine doing a profile on our company. We were very appreciative of the recognition. More poignantly, we were grateful last month to aid the cause of Arizona’s true heavyweight: Muhammad Ali. Led by Rose+Moser+Allyn Public & Online Relations partner Jennifer Moser, our company has been privileged to represent Celebrity Fight Night the past couple of years. Along with Valley businessman Jimmy Walker, “The Greatest of All Time” helped elevate the charitable event to great heights over the years.  Much of the organization’s proceeds have helped make possible the Muhammad Ali Parkinson’s Center at Barrow’s Neurological Center. Inside and outside the ring, Ali was a tree so tall that it was heard by all when it fell in the forest. 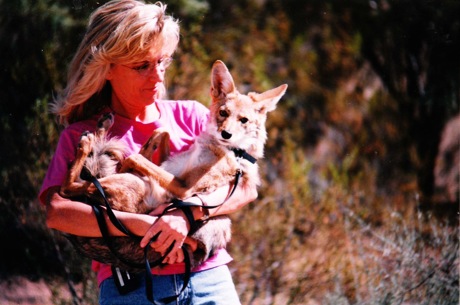 Paling in comparison, we will continue our own efforts to float like a butterfly and sting like a bee through our public relations, public affairs, crisis communications, political consulting and event productions. Here are some quick highlights of what the judges ringside have seen through the first six rounds of 2016. If our jabs, right hooks and finesse continue as they have been, we just may top our best year ever in 2015. Thank you to all for being a part of it.

Animal House. There are few more noble properties in Arizona than where the Southwest Wildlife Conservation Center operates just beyond Scottsdale. There animals are rehabilitated. But there another kind of animal, a neighbor with money and intellect (but not smarts) launched a legal crusade against the center last year leaving it for the endangered species list. But through effective public relations and public affairs we helped craft, its adjacent donkey – to be polite – was publicly denuded. The notoriety also resulted in hundreds of thousands of dollars in new contributions coming the charity’s way. Combined with the political leadership of Maricopa County Supervisor Steve Chucri, the effort culminated June 22nd with the unanimous approvals the organization was seeking from Maricopa County to remedy the legal attacks and operate successfully. 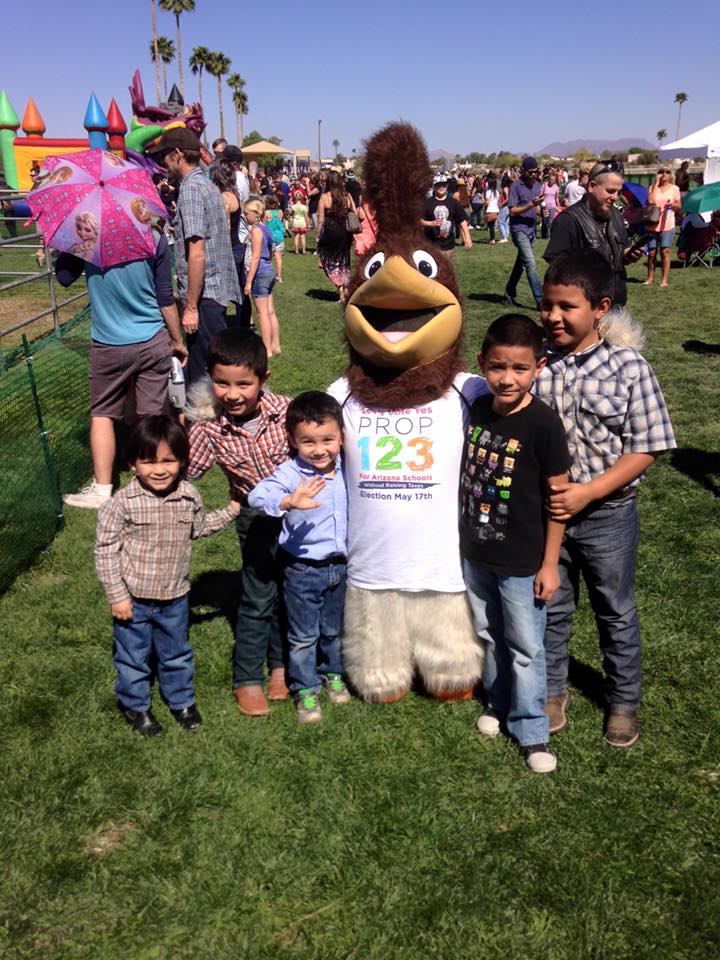 It Wasn’t Quite As Easy As 123. We were tapped by Governor Ducey’s team and Campaign Manager J.P. Twist to craft unorthodoxed tactics to generate enthusiasm and awareness for Proposition 123, a landmark measure for the state’s public schools. Our favorite? Conceiving and deploying a highly unusual campaign mascot: Rocky The Roadrunner. 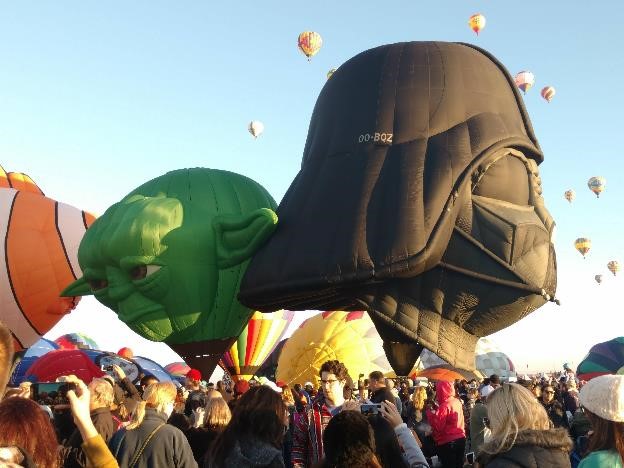 From Rocky To Rugby. In April, we once again brought the Southwest’s largest rugby event to Scottsdale Stadium, this time for a thrilling match between college (ASU) and country (Mexico). We even brought over some memorable friends full of hot air from Belgium.

That’s Horsepower. When Francis & Dionne Najafi hit some neighborhood turbulence trying to gain approval for an impressive new equestrian facility near Scottsdale & Cactus Road they gave us a call. Opposition was substantial. Two months later, support was greater and the Scottsdale City Council rightfully affirmed a commitment to equestrian uses on a 4-3 vote.

Atonement & Achievement. When a well-regarded developer received some bad advice to partially demolish the Circles Record building near downtown Phoenix, we got a call. The outcry was acute. It was a crisis. Now, the goal of turning a lemon into lemonade may be at hand. Through smart reconsideration by the developer. Through listening. And through an emerging plan that may result in the most committed arts-oriented project in Phoenix’s history. 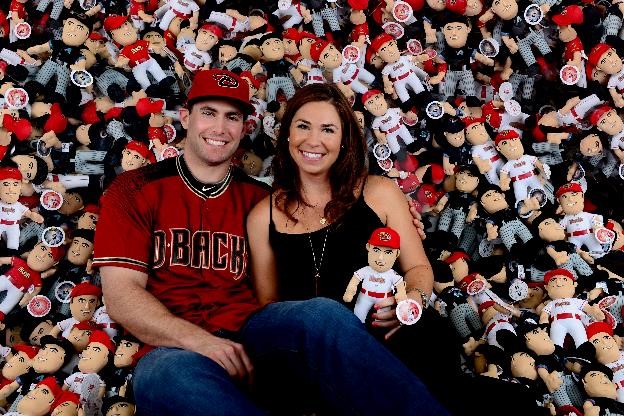 MVP. All-Pro. Future Hall of Famers. Coaches of the Year. In sports athletes get on a roll. And it can work that way in public relations too. In no less than the first six months of the year firm partner Jennifer Moser, more than ably assisted by the best publicist in Arizona, Jennifer Parks-Sturgeon, has been assisting event efforts for Arizona Diamondbacks’ All-Star Paul Goldschmidt (who will debut Goldy’s Bowling Bash on November 10), Arizona Cardinals’ legend Larry Fitzgerald, Cardinals’ All-Pro Defensive End Calais Campbell and the one and only Coach Bruce Arians. And that doesn’t even include planning for the Joe Niekro Foundation which is expanding its presence this fall in the Valley with a fundraiser to benefit the memory and cause of former Major League Baseball pitcher Joe Niekro. He passed away from a ruptured brain aneurysm in October, 2006. The 2016 Knuckle Ball, honoring Dr. Robert Spetzler and Nancy Hanley, will be at the Arizona Biltmore on November 12. 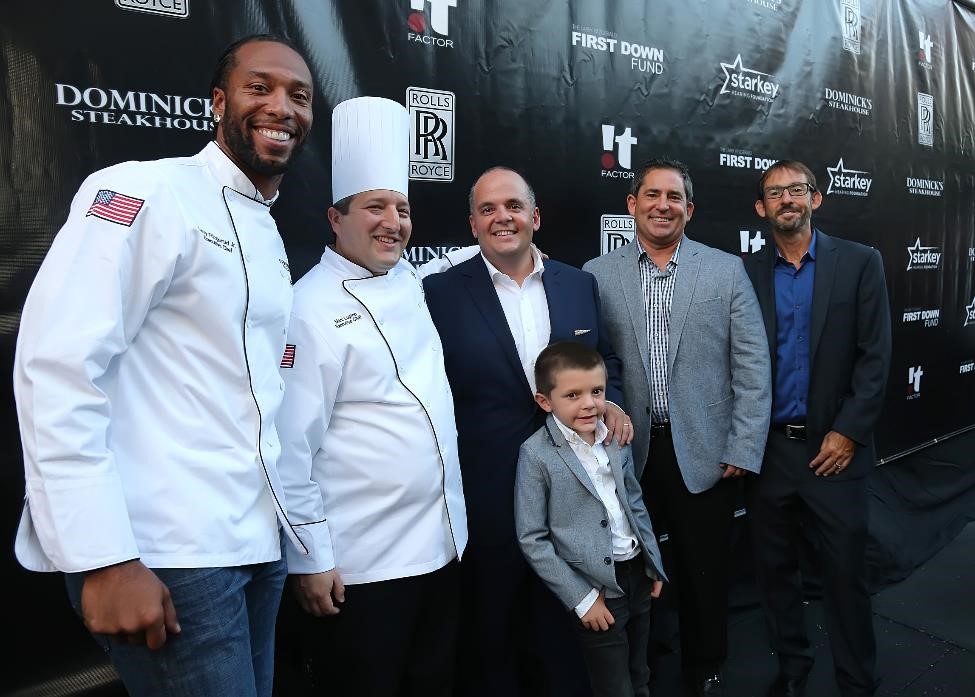 Full House. Under Governor Doug Ducey Arizona is a forward-leaning, pro-business state. That seems to apply to just about everyone but the state’s utilities. They continue to approach solar energy here like the kerosene and typewriter industries once did. Rather than innovate, they seek to purchase regulators to do their bidding once elected, and pass taxes and policies to undermine the only competition they know. Fortunately, Arizona voters may have reached a tipping point as witnessed recently by massive turnouts in Nogales, Lake Havasu City and Kingman tired of the shenanigans. The fight rages on. But the future usually wins. And it’s always more fun to be on the right side of history.

Event Entrepreneurs. It’s hard to believe that come November 5th six years will have gone by creating the “World’s Greatest Polo Party” known as the Bentley Scottsdale Polo Championships at WestWorld of Scottsdale. This year will be the best one yet. If you’ve never been, think 16th Hole of the Phoenix Open, with polo. America’s #1 player will be back for the next greatest show on grass. In May we launched a successful, unique cousin to The Polo Party at long-time client Turf Paradise. The Stella Artois Derby DayClub was created trackside with gambling, DJs & other cool elements for the Kentucky Derby. It sold out in 10 days. In January we’re launching yet another venture, this time with and within Barrett-Jackson. The Townsend Cup, the world’s greatest arena polo match will be coming to the world’s greatest collector car auction. More details coming this fall. And we undertake pioneering events for great existing clients like Cullum Homes too. They wanted to accentuate the impressive technology in their new homes at the new Mountain Shadows. A client meeting in early December led to the concept of The S.M.A.R.T. Party. Forty-five days later it was a reality on-site with hundreds of would-be home buyers, creating momentum for one of the best selling new housing developments in Arizona. 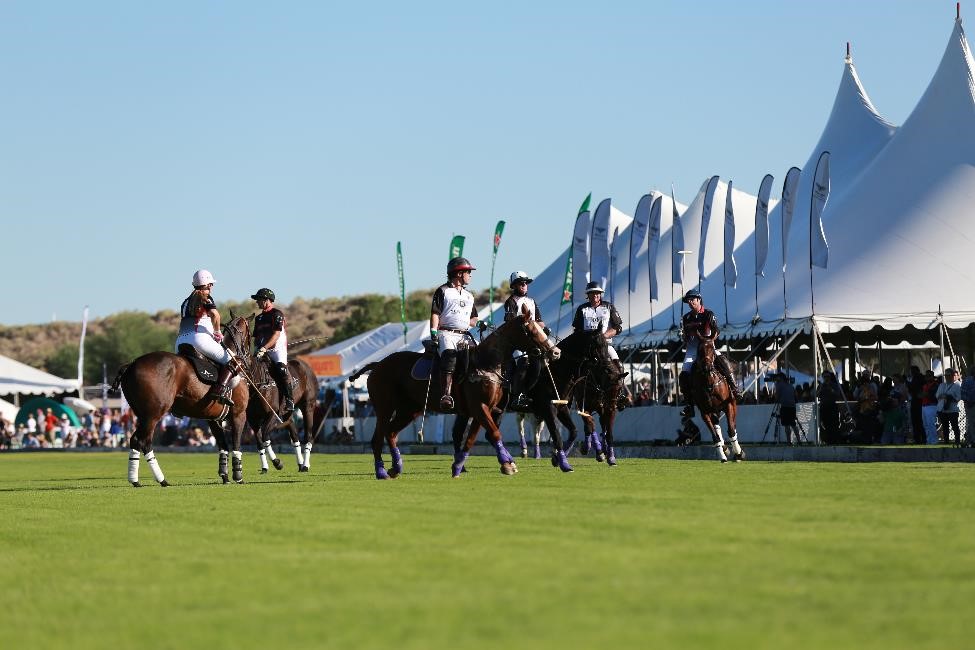 More Horsepower! Besides the polo variety, we also enjoyed helping the Arizona Automobile Dealer’s Association achieve key goals at the Arizona State Legislature for the third consecutive year. Fact Of The Day: The Association’s members provide some 28% of all state sales tax revenue generated in Arizona.

Other Cool Stuff. We provided strategic public relations and public affairs advice to one of the most complex real estate transactions in the Valley. But we still can’t talk about it, just yet. Another public affairs project, the Ritz-Carlton Paradise Valley, became a reality. Still the best restaurant scene in Phoenix metro, Steak 44, expanded into Houston as Steak 48. Numerous, high-profile crisis communications came calling too. But more details on those in our year-end report. We’re also helping the largest office project in the East Valley position itself for success on the political front and, as always, enjoy helping Russ Lyon Sotheby’s International Realty maintain its substantial position atop the Valley’s luxury residential market. 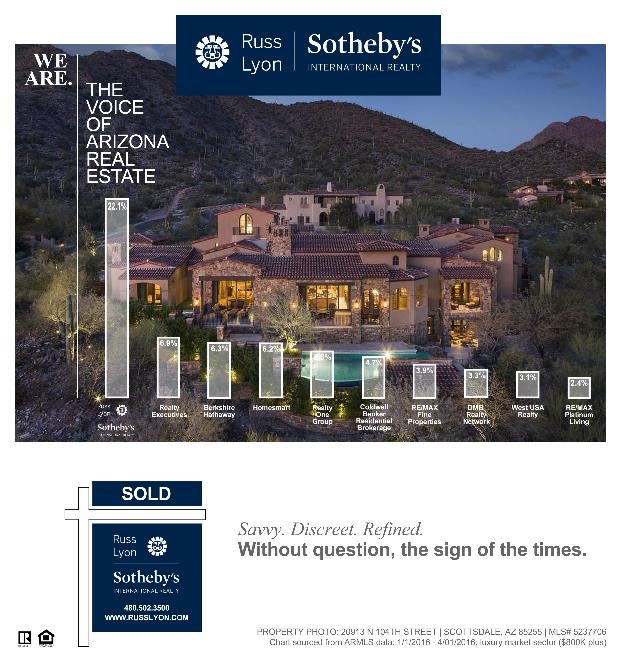 Elections. We were all-in for U.S. Senator Marco Rubio’s presidential run, serving in leadership roles on the political and fundraising side. We were sorry to see the GOP’s best messenger fall short of the finish line, something we don’t see happening to the re-election prospects of Scottsdale Mayor Jim Lane who embodies reforms and results. Nor will that be the case for other election issues we’re involved in leading up to the November elections.

To all of our new clients, thank you. To all of our long-standing clients including Red Feather Properties at the Grand Canyon and Arizona attorney extraordinaire Patrick McGroder, thank you too. In fact, they were the first two clients of our company when it was founded 20 years ago this Fall. And they’re still clients today. To them and all, we’ll always do our best to float like butterflies when we should and sting like bees when we must.

PrevPreviousEvery day is Father’s Day, especially this one
NextNever Get Stumped. Trump The Odds.Next
PrevPrevious
NextNext 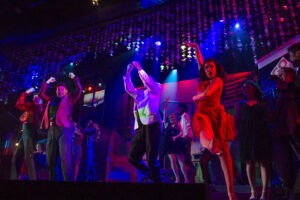 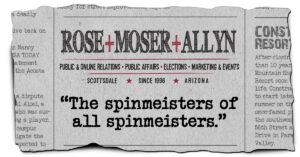 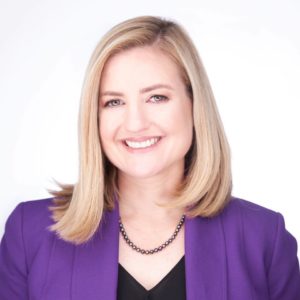