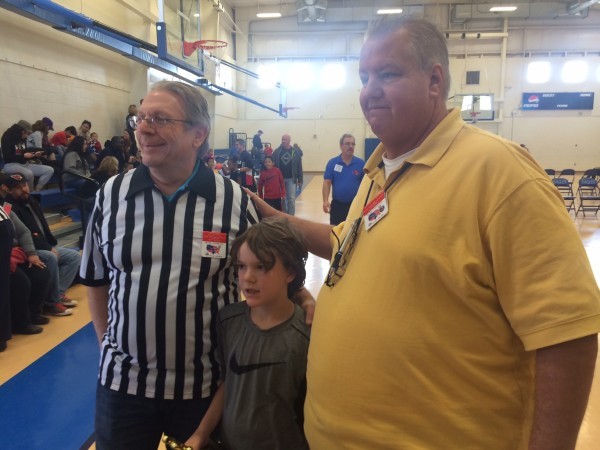 Clang. The ball bounced off the rim. I wasn’t too worried. He’d made his first two shots. Twenty-two more to go. He was in the final four of the state free throw shooting championships for a reason. To get here he’d shot 86 percent in previous competitions. He’d even made 26 in a row at home during one of our practices.

Clang. His fourth shot failed to go in too.

My uncle once told me in talking about his daughter that children were so great because you got to live life through their eyes all over again. When I was younger I was a pretty good basketball player, even an MVP at a camp. Then I stopped growing. I got cut from the junior varsity team in high school. I never played competitively again. 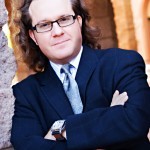 Our family enjoys traveling. We’re fortunate to have taken some pretty cool trips. Last summer my wife and I took our two young boys to Massachusetts. Boston Red Sox. Basketball Hall of Fame. The Berkshires. It was a great trip, especially when we stopped in Springfield. There the greatest basketball players of all time are enshrined. There, while shooting on their court we noticed a picture. It was of the national free throw champion in the age bracket of my oldest son: 8-9 years old. We found out that’s what the winner gets: his picture alongside Jordan, Bird and Magic.

I’d forgotten about the competition even though I had competed in it at his age. Perhaps it was because it had happened so long ago, 35 years previous.

If you’re in the top three at your local Elks Club Lodge the regionals call. Only if you win regionals do you get to go to state to compete against the three other region champs. If you win there it’s off to Las Vegas, baby. Win there and Chicago here we come, for the ultimate prize.

I never made it to state. I did win locally at Paiute, a school that no longer exists. Then I always lost in the regionals at schools I can’t remember. Then I gave it up after a couple of years.

I could tell right away my son was better than me. His demeanor is calm. He doesn’t seem to mind pressure. Round One: 22 for 25. Round Two: 21 for 25. It was off to state. He was proud. I was prouder.

We had two weeks to practice. He wanted to win. So did I. I would come home from work early when I could, before it got dark. Let’s make 25 in a row I would challenge him. He’d make more. Let’s simulate the need to make five in a row at the end to win it all. He would. Before we headed out that Saturday morning to Apache Junction for the state championships we had one last practice. I’d never seen him so confident, so good. We were ready.

On the ride out there I invited Logan to consider this: If you get ahead, don’t let up. If you fall behind, don’t give up. That sounds like something a dad might say. Being a parent of two sports loving boys you hear yourself give a lot of direction.  “Hustle.” “Swing hard.” “Stay down on the ball.”  “Move your feet.” “Don’t give up.” They are the clichés of parenting. Still, you hope they’re listening.

Clang. Another miss. Now I was worried. He would only hit half his shots in the first round.  He was in trouble. But I’d seen him make so many in a row before. I held out hope. Then I didn’t. Clang. Clang again. All of a sudden he was just six for fifteen. He was near tears. Never in practice had I seen this from him. With the competition so good he knew the ultimate prize was gone.

Then something I’ll always remember happened. Swish. Then swish again.  Three . . . four . . . 10 in a row. Somehow he’d pulled himself into a tie for second place. He didn’t give up. But that wasn’t the end. A five shot overtime was required to determine the silver medalist, and the person to move onto Las Vegas if the winner could not. Logan shot second. He needed to make his last three shots just to stay alive. A lot of pressure. Nothing but net. Then in the second overtime he made all five to finish the event 19 for his last 20, and in second place.

Is any of it getting through? A little bit of the optimist in you always pines so. Will the teaching lead to a little learning that lets them on their way? To best fly from the nest when they’re ready, as my father in law likes to say.

But it was Logan who taught his dad something that day. There, shooting in front of hundreds of people with his dreams dashed, he found a way to be greater than he’s ever been. He didn’t give up. It wasn’t just my words. It was his deed. I preached it. He put it into practice.

I know Logan’s still not happy about the final result. I love that about him. But I know he will feel differently some day, for that day he learned what it means and what it takes to stand even taller than a state championship.

Editor’s note: Mr. Rose is a Paradise Valley resident and president of Rose+Moser+Allyn Public & Online Relations in Scottsdale. Most importantly, he is the proud father of Logan and Carson Rose.