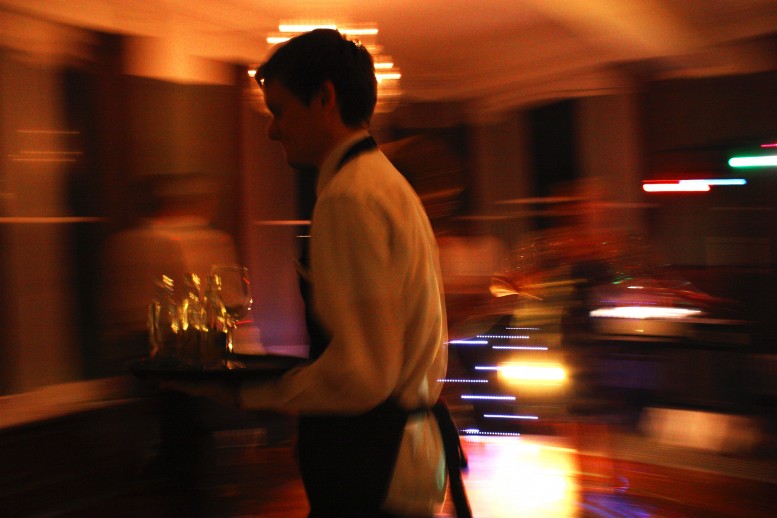 Our firm is privileged to represent many blue chip brands and get involved with many interesting issues.  Doing public relations work for a law firm founded by the wife of our own founder is no exception.

The Rose Law Group is Arizona’s most innovative law firm.  That’s not spin.  Decide for yourself.

Our work has led to them being one of the most sought after and discussed law firms by Arizona media.  Many of its lawyers gain interviews, depending on the issue.  But the head of the firm, Jordan Rose, has spent considerable time over the past few years on CNN’s Headline News commenting on the Jody Arias trial.  She has done likewise for local media, most notably NBC’s Channel 12.

Putting aside the time Jordan was stopped in Chicago by a viewer, a more recent example drives home the point we are trying to make.  It goes to show you just never know where a business referral might come from, but PR can certainly help their velocity.

Her family was having dinner out on a recent Friday night.  It started with a well known socialite in town stopping by the table to compliment Jordan’s recent television appearances.  Cue:  when I need a lawyer that person is one person I may want to call.  But it is what happened at the end of dinner that was more interesting.

The waiter stopped, almost sheepishly and whispered in Jordan’s ear, “Mrs. Rose, do you do immigration law?”

Now, there was no previous relationship and the only place this hard working person might have become aware of Jordan’s profession was through her television appearances.

Whether this particular inquiry results in financial gain is beside the point. Some of the biggest cases can come from some of the most unexpected people and places.  That’s something we have learned with our own promotional efforts.  And enterprising clients have too.