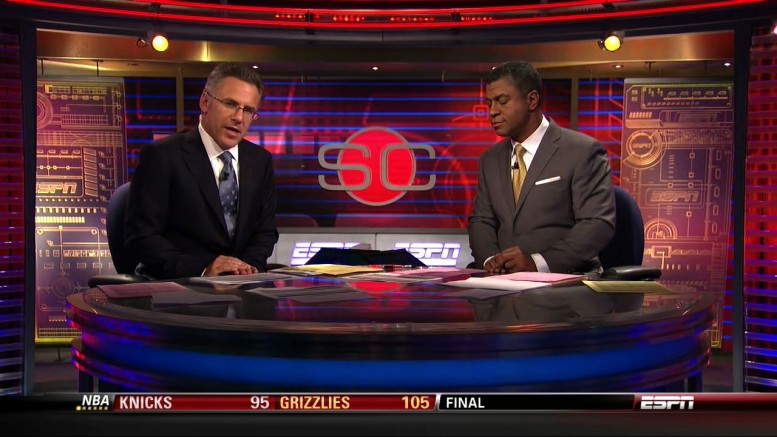 Another Six Months Of Putting Big PR Points On The Board:  Rose+Moser+Allyn Public & Online Relations

Think of this as Sportscenter for public relations.  Where we get to show highlights and share some lessons learned.  Thank you to all those who played a part and invested their confidence in us to make a difference on their behalf whether it was for public relations, crisis communication, elections, public affairs or to help stage great events. This year ranks among the best since the company was formed in 1996.  We are, as always, grateful.

Wrighting A Wrong:  So the Frank Lloyd Wright Foundation Board of Directors, which oversees the Frank Llloyd Wright School of Architecture, decided to shut down the famed school. Cue the concern and outcry.  Hired by school leaders and the Taliesen Fellows we were privileged to provide strategic counsel and local and national public relations services to encourage a reversal.  Less than two months later the decision was reversed, showing a combination of integrity and acknowledgement of a direction fiercely opposed.

A Different Kind of Roar:  There are few more beautiful machines on the road than the exotic sports cars known as McLarens.  Retained to accentuate their one year anniversary in Scottsdale we crafted a compelling program that included Arizona Cardinals All-Pro Cornerback Patrick Peterson,  ESPN announcer and New York Yankees Game 7 legend Aaron Boone and Barrett-Jackson CEO Craig Jackson.  Hundreds of high net worth individuals attended providing a signature Scottsdale business that much more horsepower.

And Speaking Of The World’s Greatest Collector Car Events . . . Barrett-Jackson.  The company wasn’t one of our first two clients in 1996 like Red Feather Properties at the Grand Canyon or uber-plaintiff’s attorney Pat McGroder but they have been for some 15 years.  And what a great ride they take you on.  Again and throughout the year, especially the past few months we helped the company achieve numerous political and business objectives.

Excellent Elections:  This past year we were pleased to provide creative and consulting services to successful political campaign efforts for the Arizona Automobile Dealer’s Assocation, American Federation for Children (the nation’s leading school choice organization), and Speaker Boehner’s Congressional Leadership Fund, among others.    Firm President Jason Rose was also an Opening Day supporter of Governor-Elect Doug Ducey, later hosting an event at his home and raising money along with a superb host committee (and pretty good wife) that was the largest one-day fundraiser for the campaign until some guy named Romney came to town late in the campaign and outdid the event by a few thousand bucks.

Making Us Look Good:  We get hired to make things better.  For public relations tasks throughout Phoenix, Scottsdale and Arizona.  But sometimes a client’s product is so impressive it makes US look good.  And that is the case with the first phase of the revitalizing Mountain Shadows Resort property in Paradise Valley.  Being developed by Cullum Homes, also developing signature properties at Silverleaf, on Camelback Mountain and throughout other luxury communities, the new homes being developed for the site are the epitome of architectural ingenuity and integrity, on perhaps the best piece of available real estate in Arizona.

The Best Publicist In The State: Former television reporter Jennifer Parks joined us several years ago. Today she is the best publicist in Arizona, with relentless drive on behalf of clients.  She’s clicked particularly well with real estate redeveloper extraordinaire and philanthropist Michael Pollack.  The two of them together are a dangerous combination, as you may have read or seen about 26 times this past year.

That’s Normal:  We know some people at the most innovative law firm in Arizona, Rose Law Group.  And in recent months we have provided our own innovative public relations counsel to them to favorably settle litigation on behalf of a Hall of Fame NFL running back as well as for the family of the first Ebola death in American history.

That Was Unexpected:  When one squares off against another in a public affairs battle the result is usually one of two reactions: respect or disgust.  Some years ago our company waged a spirited fight against Mesa Riverview, being developed by DeRito Partners.  The thought of ever working for De Rito might find its way into a time capsule but surely it wouldn’t manifest itself before discovery.  Or would it?  After the relationship thawed during a successful collaboration in support of the Mercedes-Benz of Scottsdale project across from Fashion Square De Rito hired us to aid a successful City Council approval this past month of a new shopping center of his in the East Valley.

Artfully Done:  In the dead of summer we received a welcome inquiry.  From well-respected Scottsdale art gallery owners Scott and Polly Larsen.  Their goal?  To improve public relations results for what would be their second year of their new contemporary and fine art auction.  While happy to accept the assignment we had a bigger idea:  hold the auction at a platform we created, the Bentley Scottsdale Polo Championships.  Sipping champagne, bidding on art, watching polo.  As good as it gets.  They took a chance and the result was a 91% increase in bidders and a 40% increase in sales.  As with Cullum Homes, they too made us look good.  But there’s no doubt that our counsel for going beyond the normal, and creating an art auction environment unique in the world amplified their results.

Beauty & The Beast:  Polo is a beautiful sport and the Bentley Scottsdale Polo Championships which we created and launched in 2011 is now the most attended polo event in the United States and we are told the most interesting polo event in the world.  It’s a carnival of luxury and leisure that welcomed the best players and teams in the world to Scottsdale this past October and will return on October 24, 2015 with a few new surprises, as always.  www.ThePoloParty.com <http://www.ThePoloParty.com>   Before then ASU’s beasts of rugby, return on April 18, 2015 to play Ohio State University in The Rugby Bowl at Scottsdale Stadium.  This is another event we created along with ASU Coach Gary Lane with whom we have a long-term agreement.  With ASU’s program on the rise and memories of ASU’s Rose Bowl loss to the Buckeyes still too fresh for many this is a chance for revenge, creatively being staged this year at the spring training home of the World Series Champion San Francisco Giants.  All details at www.TheRugbyBowl.com .

Speaking of Luxury:  Perhaps it’s the polo thing.  We like to think it is a constant commitment to results.  But we have seen an uptick in “luxury” clients, and there are few better examples than market leader and great Arizona business success story Russ Lyon Sotheby’s and Dominick’s Steakhouse & Steak 44.  Among the many tasks assigned by Dominick’s was a featured event they were looking to supercharge in August with Larry Fitzgerald, assistance that helped lead to an event sell-out and substantial notoriety for the posh spot.

Range & The Rolodex:  Public relations is about producing results, and connecting the dots.  A few months back we received a cold call from the agent for Arizona Cardinals’ players Andre Ellington and Chandler Catanzaro.  He came across our firm and what appeared to him to be an expansive reach.  One month later we used that new connection to animate a Christmas Tree Lighting ceremony at the Omni Scottsdale at Montelucia.  There stood Ellington along with Paradise Valley Mayor-Elect Michael Collins at an event attended by hundreds. We just wish the egg nogg would have been the elixir to get Ellington back on the field for the playoffs.

More Slingshots:  As  utility monopoly Arizona Public Service and now Salt River Project go to extraordinary, highly questionable efforts to squash rooftop solar in Arizona, our company is proud to continue to stand with energy choice and the salience of solar. While the utilities attempt to buy back the tide of history and innovation, some states remain wise, and more resolute than others.  Machiavelli once asked if it is better to be loved or feared.  Rare is politician success, or utilities seeking to use such politicians,  whose construct with voters is the latter rather than the former.  Solar is the most beloved form of energy and an empowering way to save.  The future rarely bends to the old, a message we look forward to advancing in new and innovative ways as we have across the country and in Arizona for the past two years.

Should I Stay Or Should I Go?  No one, most especially us, likes to see places like Pinnacle Peak Patio, Greasewood Flat or Monti’s La Casa Vieja go away. They have been the second “u” in the uniqueness of our community.  But when owners make the decision for legal, business or financial reasons that it is time to retire there are few things we like to do more than represent these cases to encourage the best possible outcome for the private property owners, and these great, good places.  Like we did with Rawhide years ago.  Like we did many years before that trying to forestall the destruction of the Cine Capri at 24th Street and Camelback.  Like will occur with the preservation of the Hayden House at Monti’s.  Or the possible reincarnation of Pinnacle Peak Patio as a special event venue at WestWorld.  That’s why we offered years ago to buy The Coach House Tavern. Sometimes the original custodians grow tired.  Or face business riddles too difficult to solve.  That’s where we want to come in. As consultants, owners or contributors.  And to help create the next big thing.

The Social Architect Sequels:  Every attorney could learn a thing or two from Patrick McGroder.  He doesn’t just seek to win big monetary judgments for clients.  His aim on their behalf is to create resulting societal or political change in order to have whatever incident he is combating to not happen again. His cases are causes.  In that spirit and following that example Valley attorneys Brigham Cluff and Adam Barlow asked for public relations counsel and support involving litigation they have undertaken on behalf of two women, allegedly raped at two Valley hotels by a known sex offender.  McGroder would be proud, as the plaintiffs surely are by the leadership of their attorneys who have undertaken press conferences and legislative efforts to not just win a case, but force reforms to prevent such injustice again.

She Makes It Rain.  For many of the Valley’s leading charities as a chairperson or volunteer. And professionally too as firm principal Jennifer Moser’s reputation has led to new clients such as Celebrity Fight Night, Phoenix Art Museum and New York City’s Friar’s Club which will be hosting a major event with ESPN during Arizona’s upcoming Super Bowl. And perhaps Moser is inspired by a company client, as can often be the case.  The owners of My Sister’s Closet are an example for all as they gave back some 30% of their profits in 2014 to social needs and causes.  They will be busy again early in 2015 chairing the gala raising awareness and funds for the Phoenix Art Museum as they bring an Andy Warhol exhibit to town.

As always we are grateful for all of our clients – those who have been with us for more than a decade and those who just came on board.  Collectively they are one motley crew but also the best group of clients in the state.  And the same goes for two team members not yet mentioned:  Mike Scerbo and Sara Jane Jones.  There are not two more decent, hard working and difference making people in our show business than they.  Thank you.  Or apologies.  As without everyone mentioned we wouldn’t be able to write some 2,000 words about all of this every six months.

Until next time, it’s that time.  When you may want, or need, more of our time.